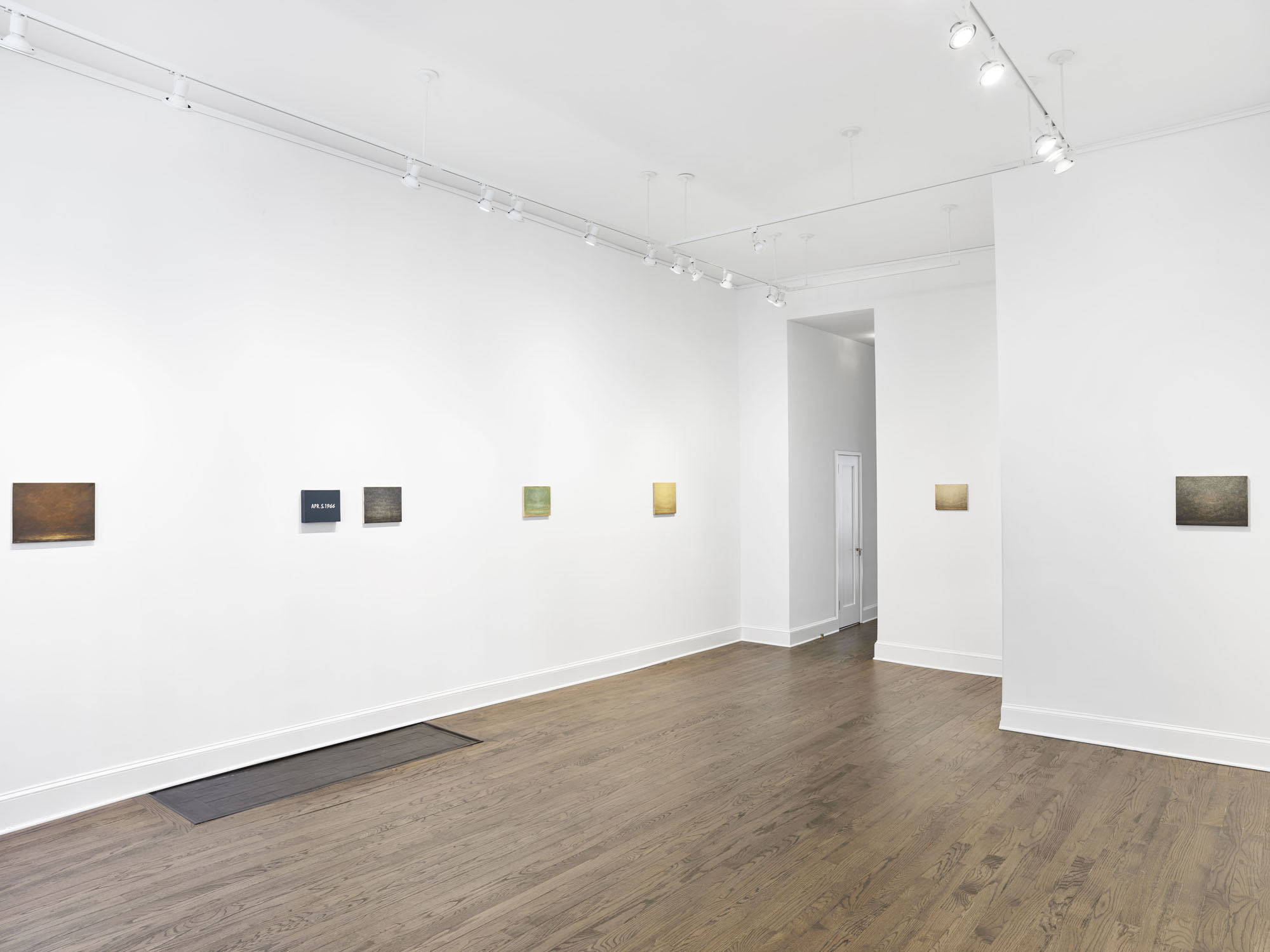 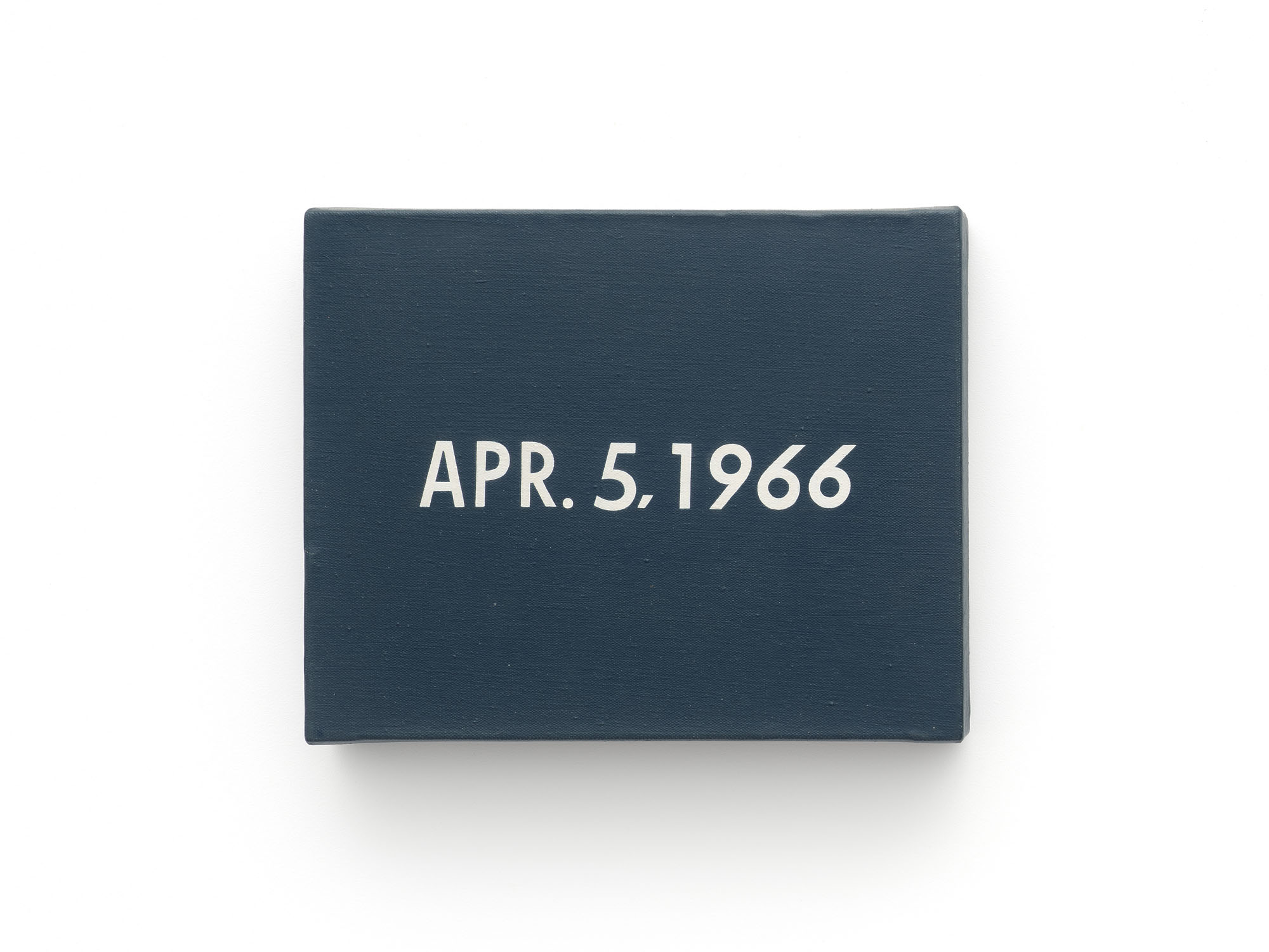 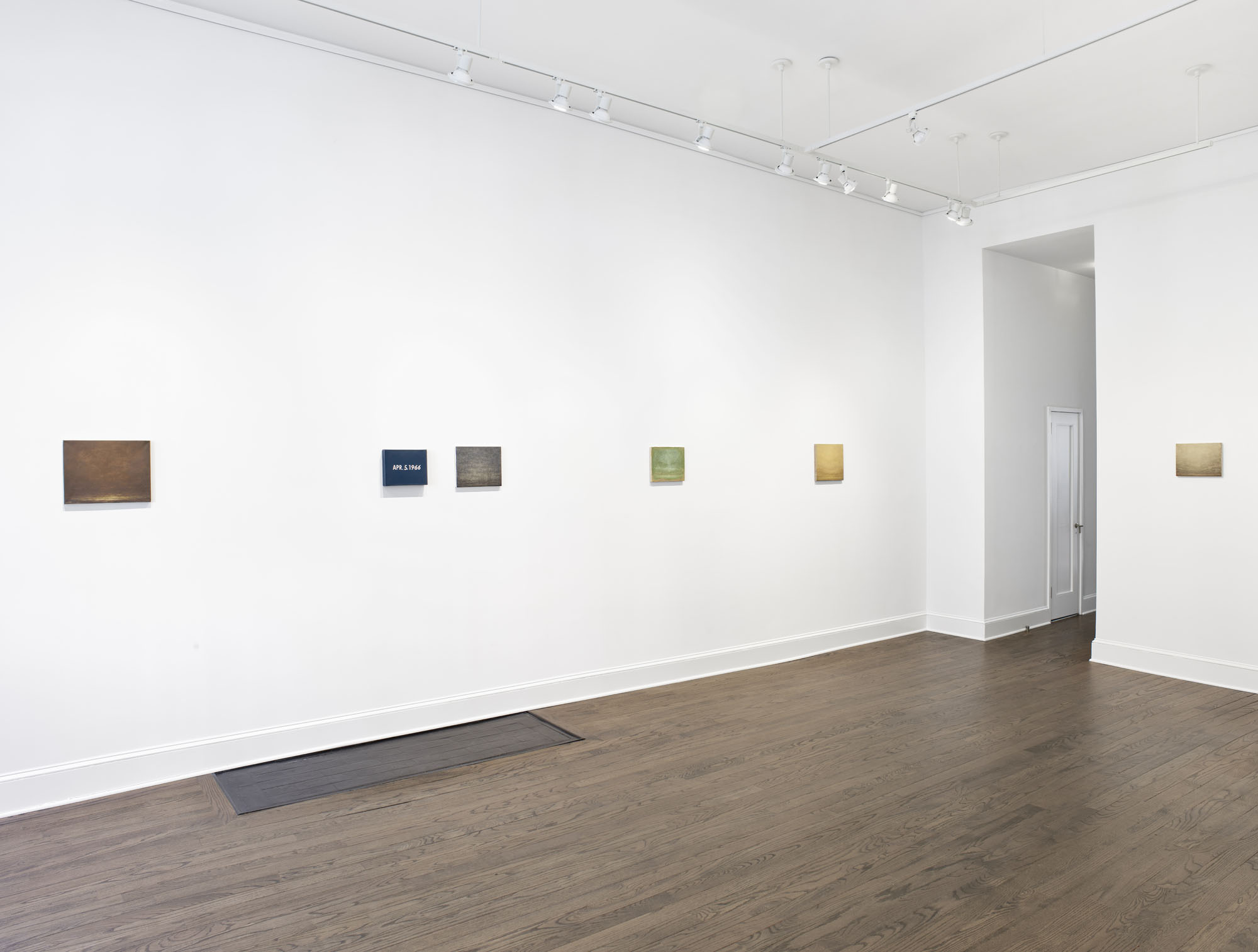 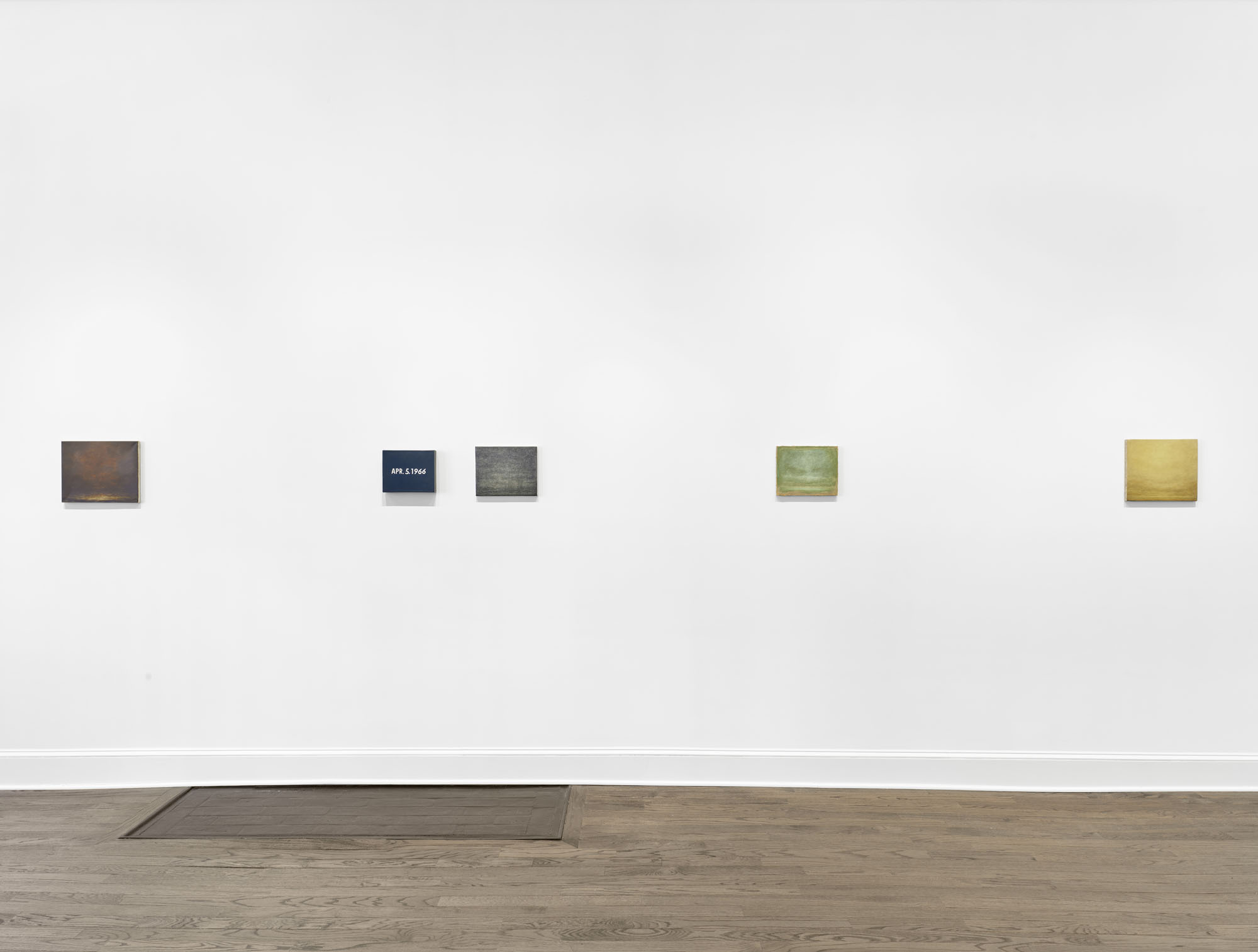 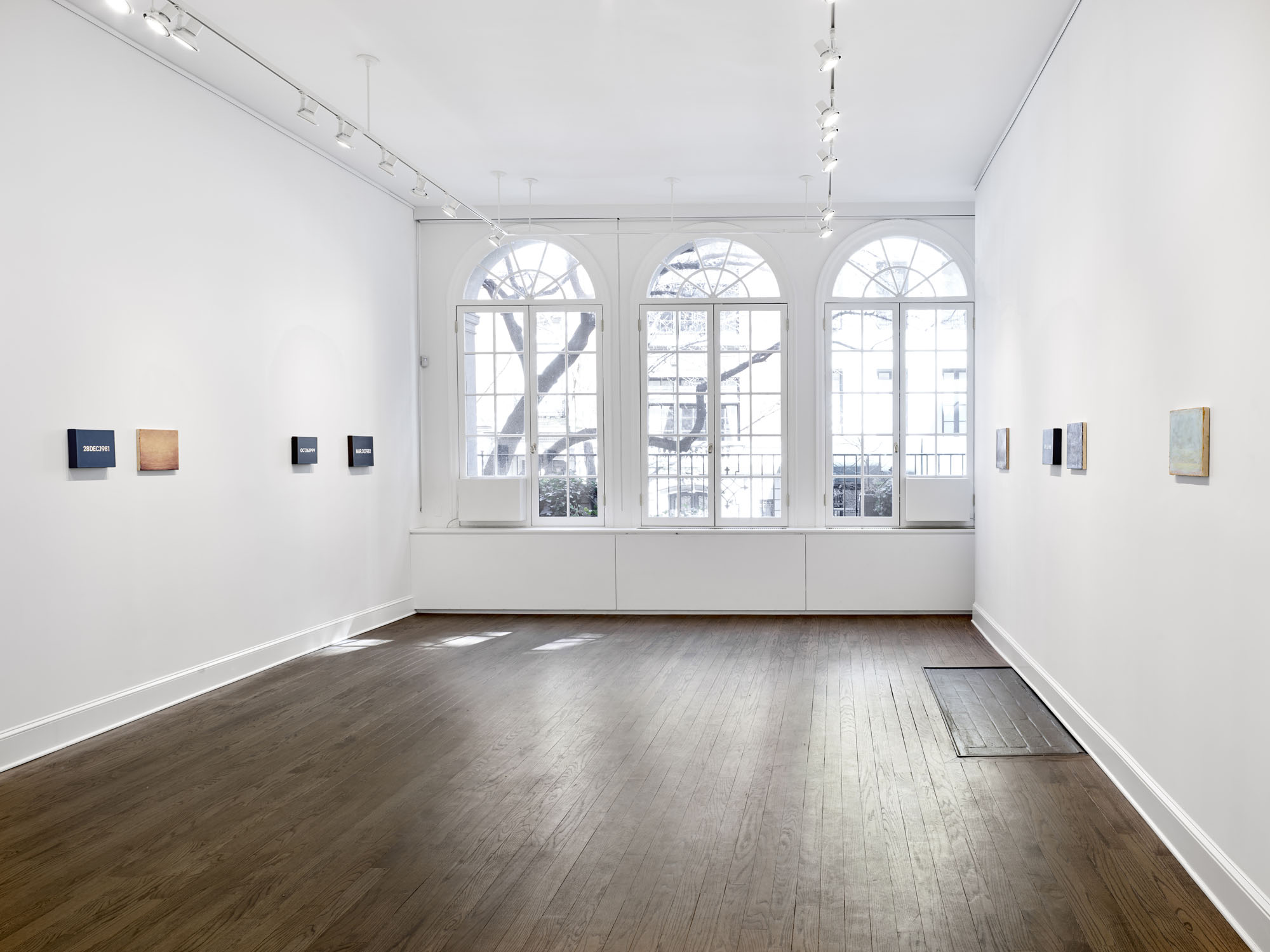 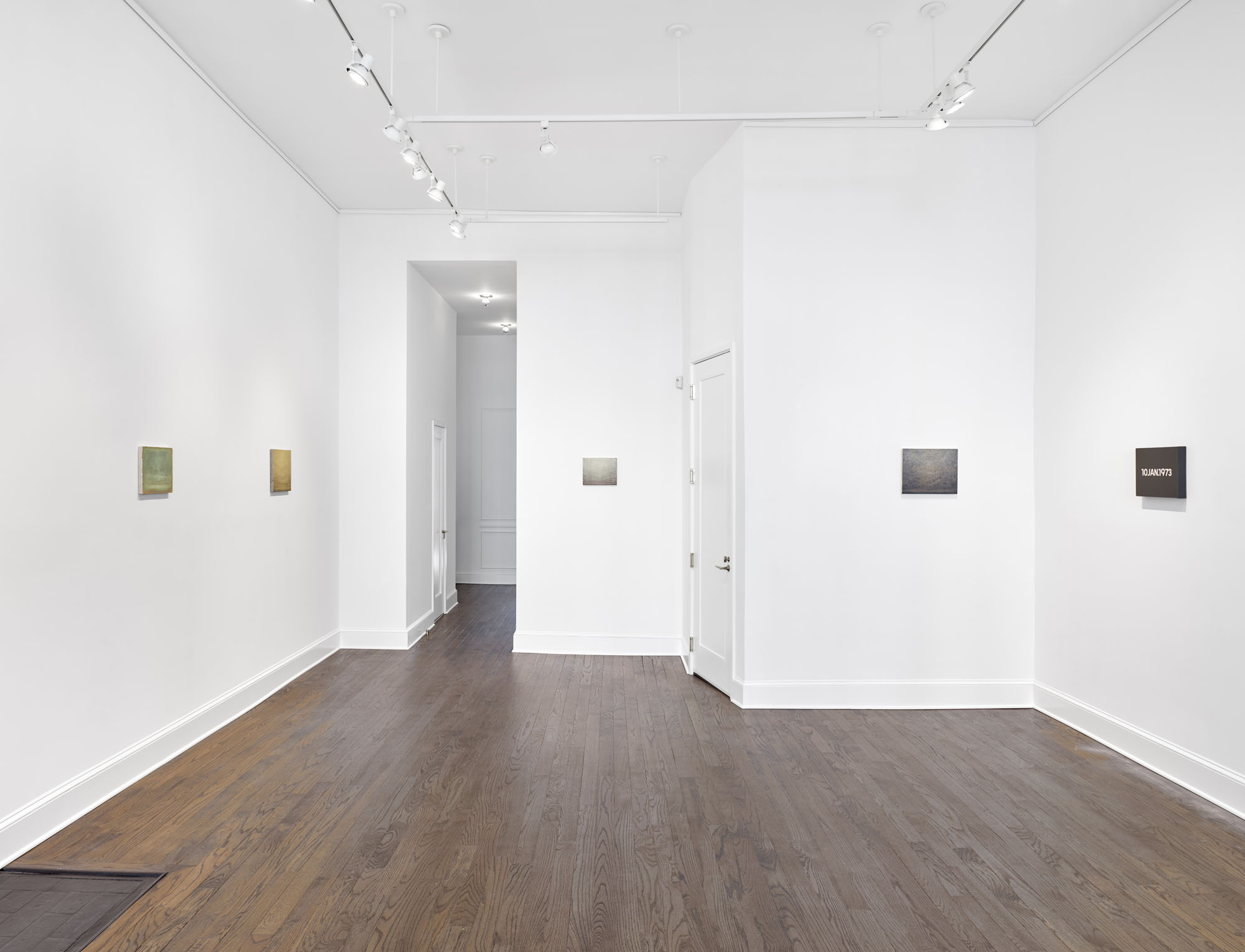 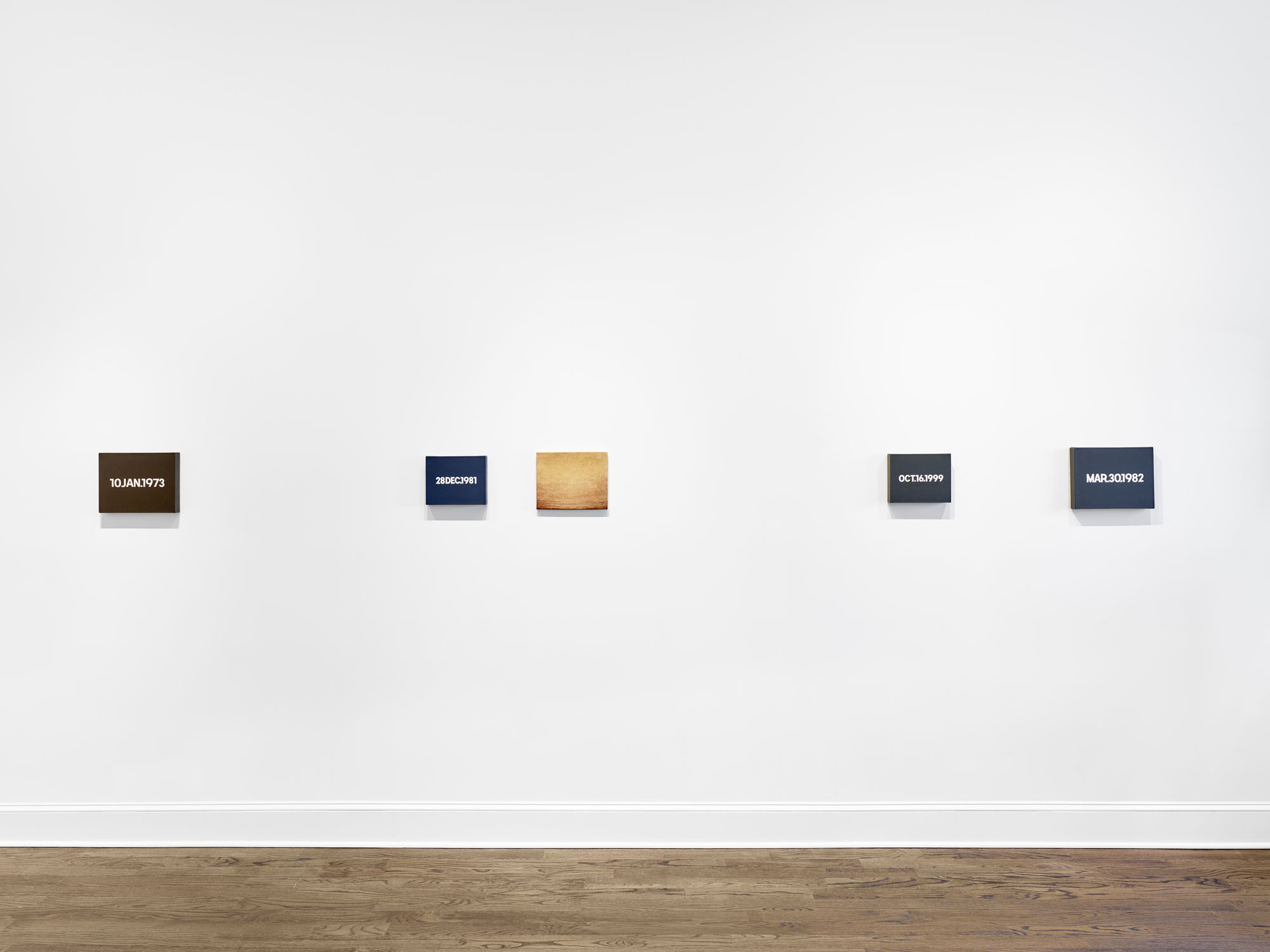 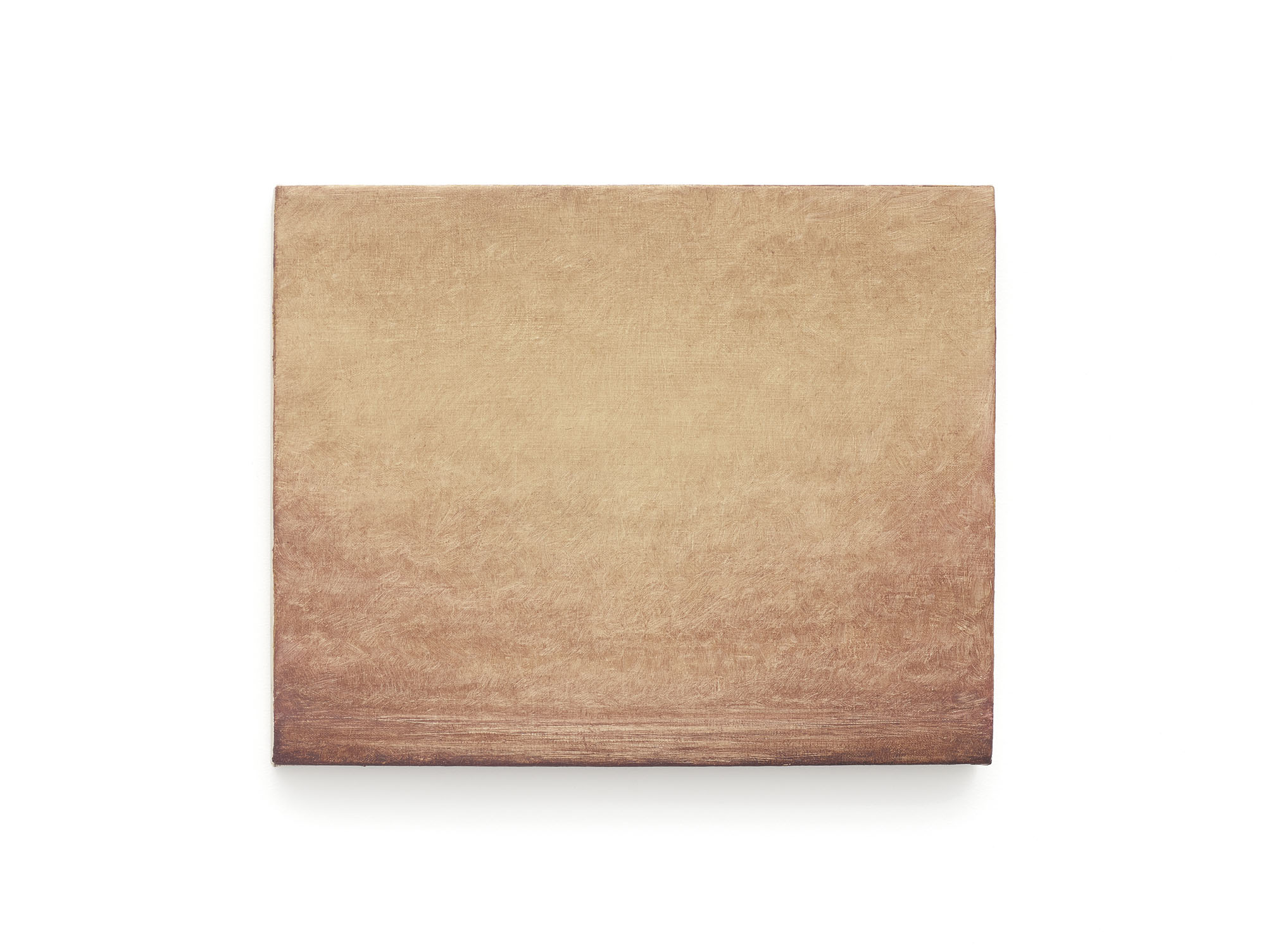 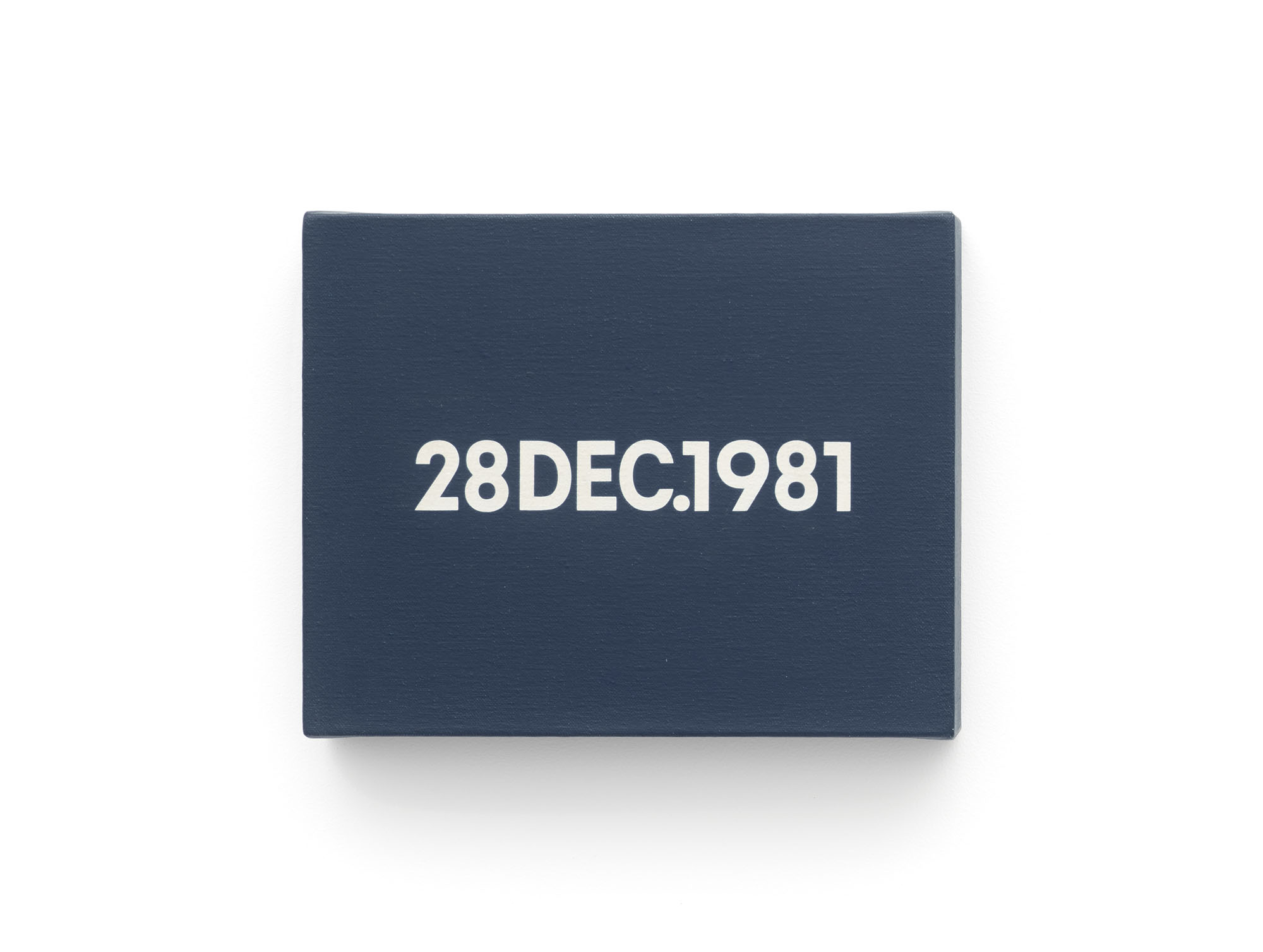 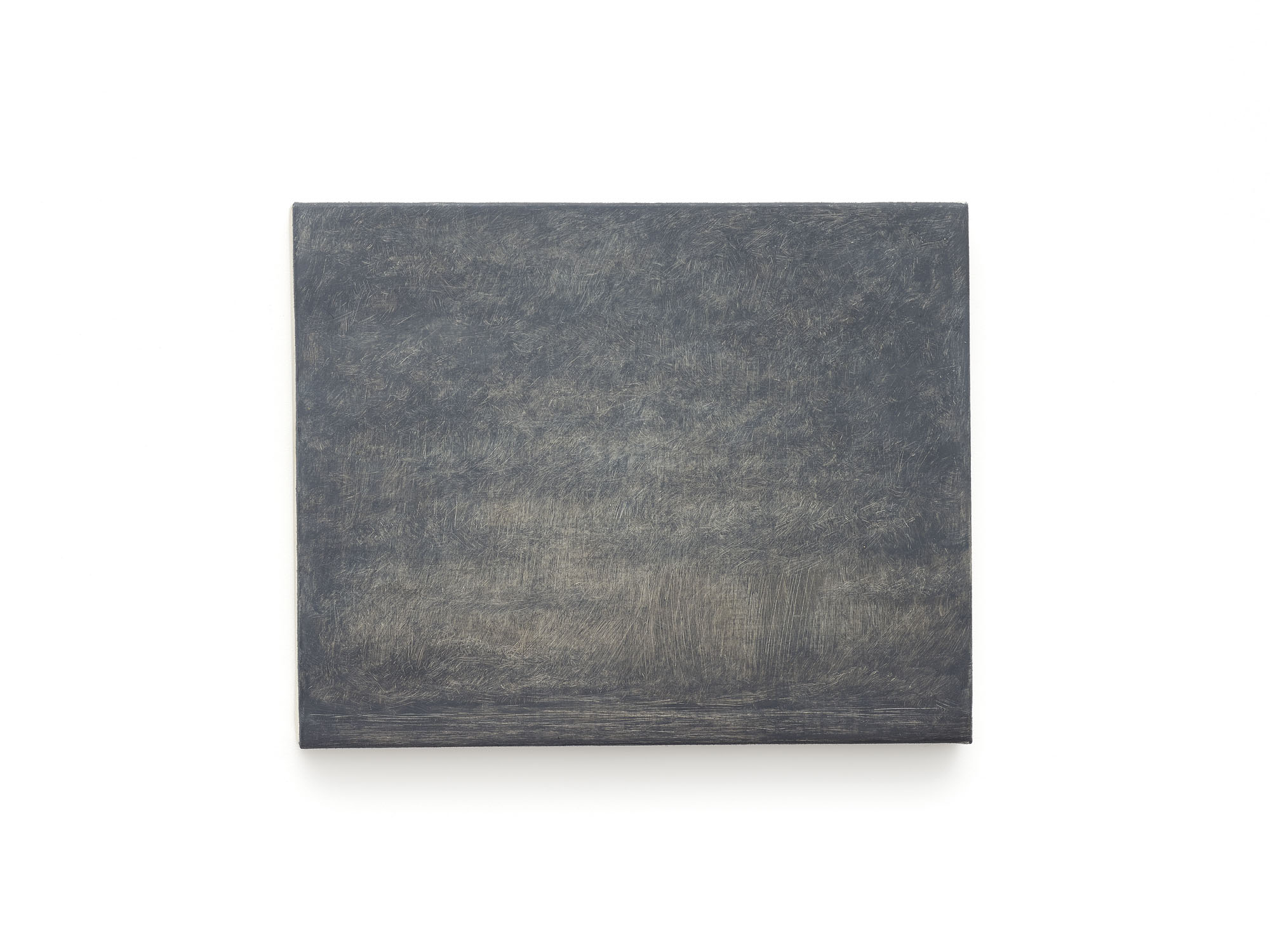 Lucas Arruda and On Kawara: Days and Horizons, 2017, New York

Lucas Arruda and On Kawara: Days and Horizons will display selected paintings from On Kawara’s Today series and Lucas Arruda’s Deserto-Modelo series, which demarcate the passage of time as a highly metric and yet intimately subjective experience.

Both operating within universal frameworks, Arruda and Kawara confront their own existence in modes that appear at once tangible and inaccessible. Kawara’s dates are eventless and Arruda’s horizons are not paired with any locations—they are markers for no time and no place other than the artists’ own creation. As a result, they are perplexingly distant, yet highly intimate manifestations of the artists’ personal and creative existence.

Arruda (b. São Paulo, 1983) arrived at his signature landscape in an effort to avoid any kind of a priori conceptualization. The subject of the horizon is not a chosen theme, but rather a structure that emerges from the contemplative process of emptying the canvas. The works are not representative of any particular place, nor are they expressive of some kind of inner turmoil or sublime registration of nature. They are imagined horizons filled only with light.

Using many layers of paint and then scratching, smoothing and peeling them back, Arruda carves light from darkness. This painstaking technique is not an attempt to build a mass but to construct a void where Arruda feels that “time is suspended and where any event becomes a great event, a construction of nothingness.”

Seen up close, these textured voids of a sky or sea dash across the canvas, individual brush strokes take on sculptural significance and it is easy for the viewer to get lost within the canvas in search of a figurative mass. But, as is the nature of any horizon, this almost-tangible subject recedes as one approaches. Potentially descriptive details are just as easily lost as found and the canvas itself can be continually discovered anew, remembered and forgotten. For both Arruda and Kawara the canvas is dominated by a restless compulsion to capture the fleeting and unique, disconnected from any emotional affect.

On Kawara (b. Kariya, Japan 1933 – d. New York, 2014), was wholly dedicated to the exploration of chronological time as a means to meticulously mark his existence. His work is often associated with the rise of conceptualism yet it is the existential wit that he applies to his persistent dating, mapping and listing of his life which sets his work apart.

His signature date paintings, known as the Today series, extend from January 4, 1966, until his death in 2014. Like most of his works, they adhere to a strict set of rules; each painting showed only the date on a monochrome background and had to be finished within the day, or it was destroyed. This need to synchronize the subject and object of each canvas creates an eloquent dialogue between the capture of the present moment and the simultaneous making of its memory.

Using a Japanese lacquer technique, which required up to fourteen layers of paint that Kawara hand-mixed himself, this dialogue was a careful and contemplative one. When viewing a selection of the Today series together, the subtle variations between Kawara’s lacquer paints become much louder. For a body of work which is so methodical, controlled and systematically limited to three possible dimensions and colors, these human inconsistencies give each canvas a tantalizing hint of emotional tone while denying it altogether. This simultaneous act of autobiography and negation of content is an effect that both Arruda and Kawara’s canvases share.

Neither Arruda nor Kawara’s dedication to the painting of dates and horizons was born from the pretense of finding something new or making the medium anew. The strength of these works lies in their capacity to create stillness and silence. They contain and transmit the meditative frame of mind which was central to their creation, a frame of mind where our making and marking of time is even more significant than the memories that time may hold.

A collaboration with Mendes Wood DM.