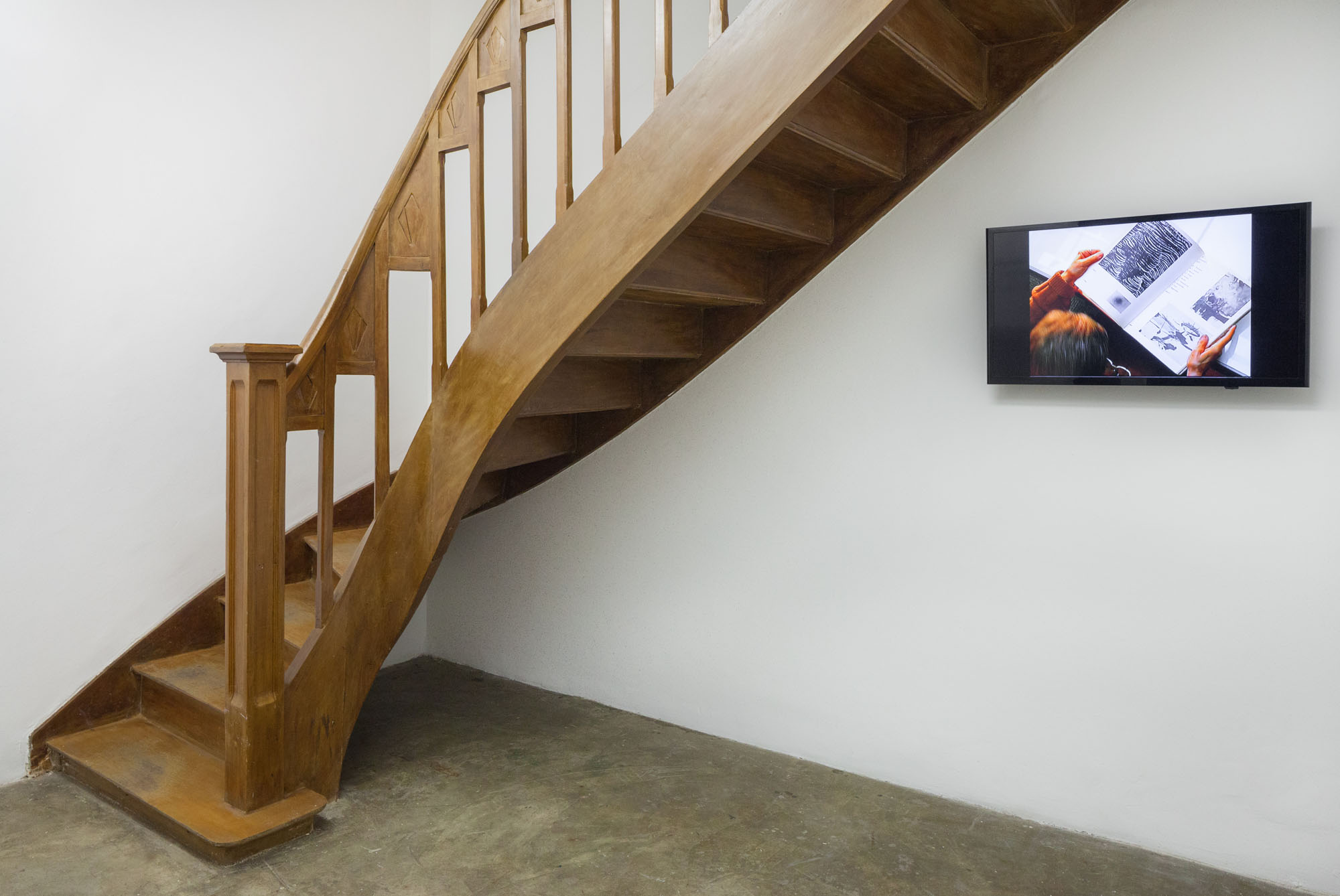 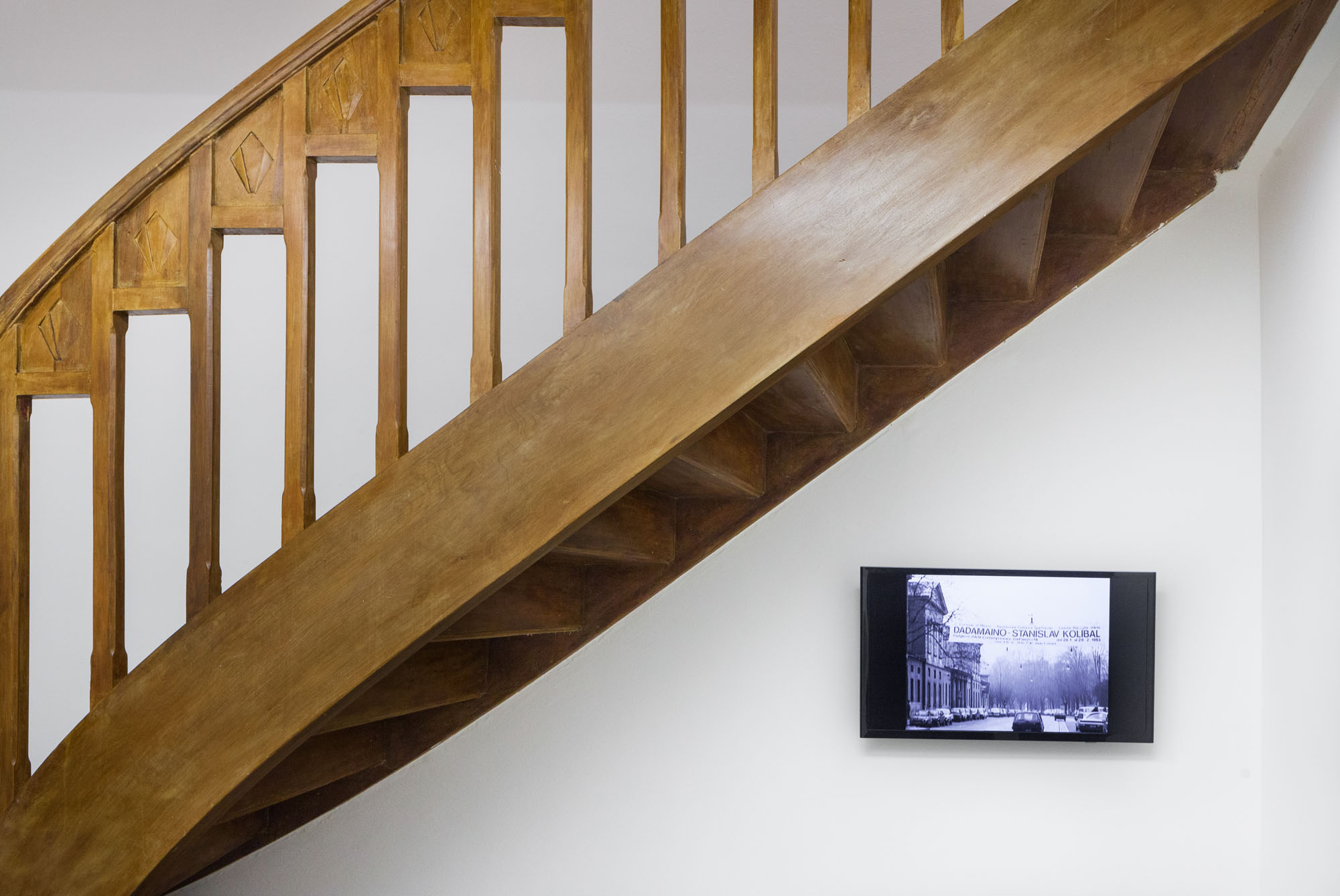 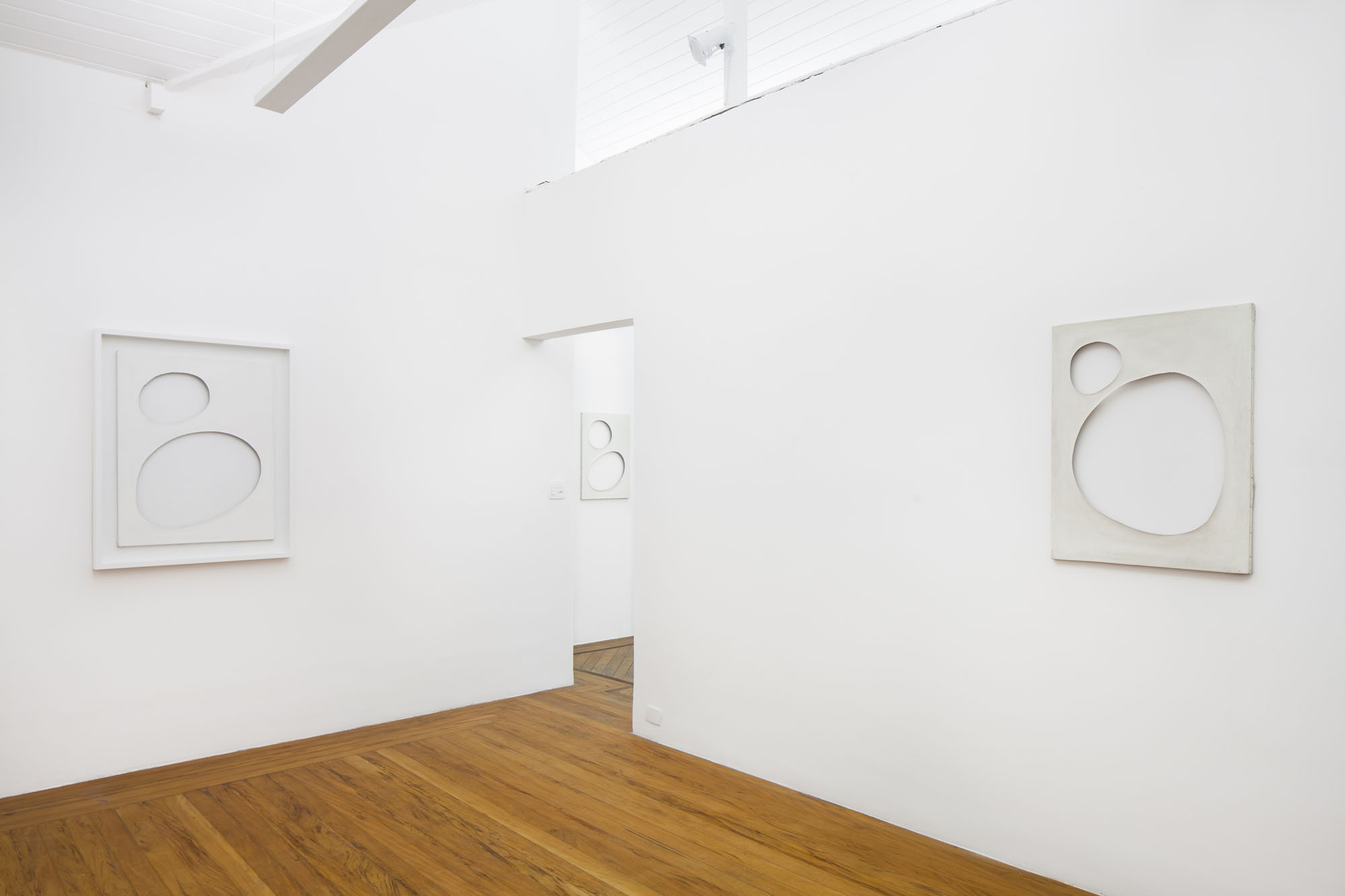 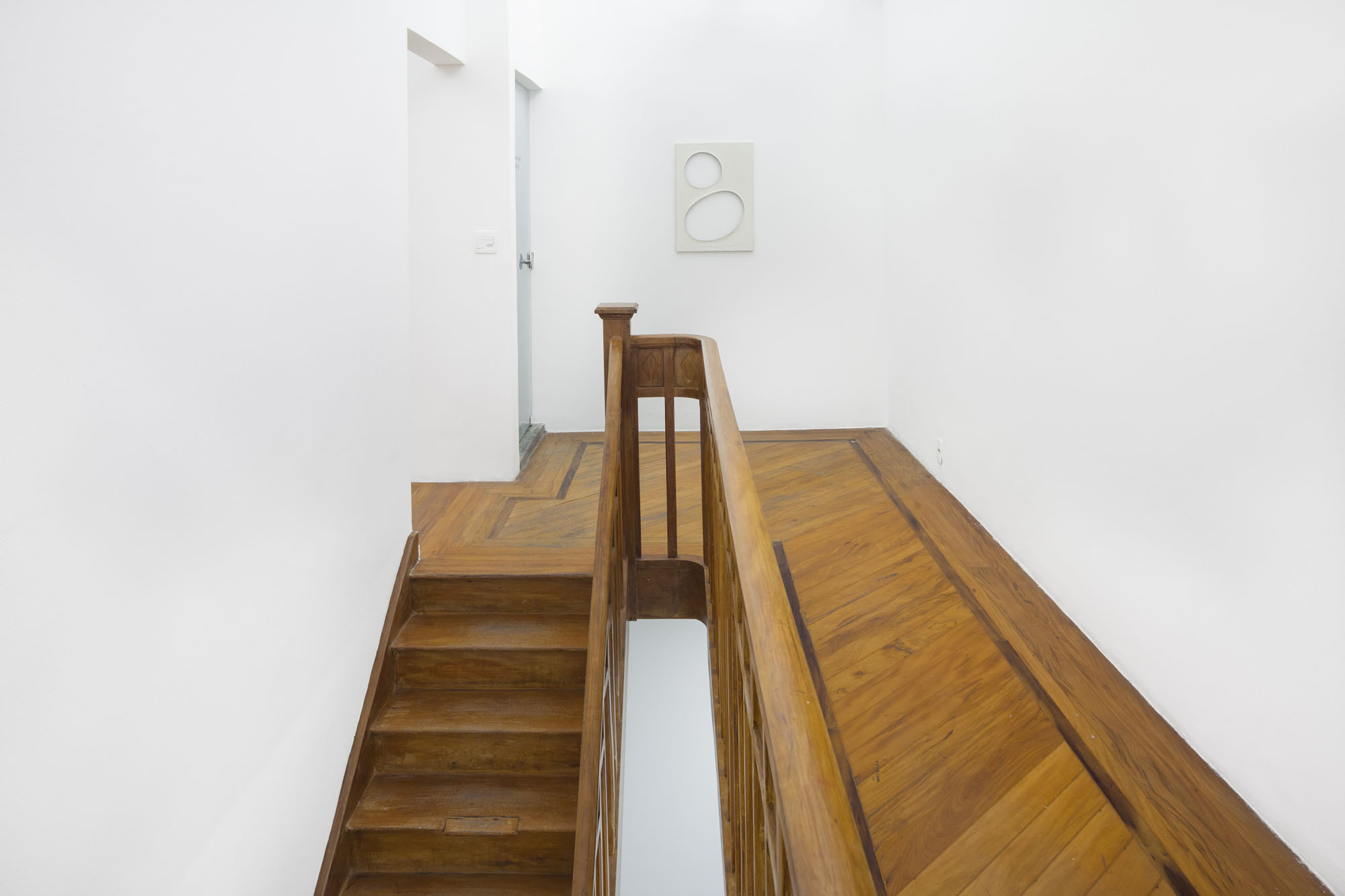 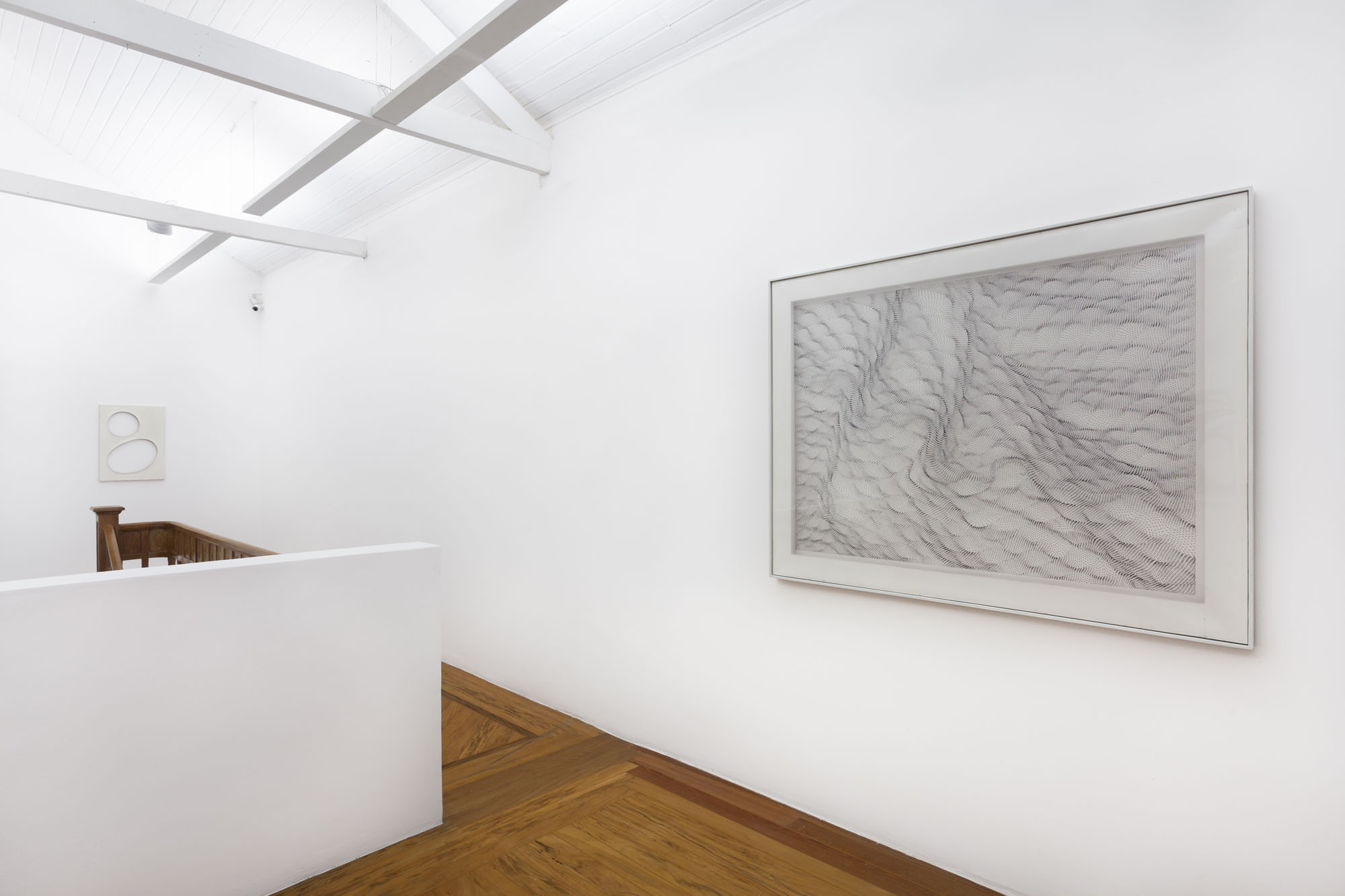 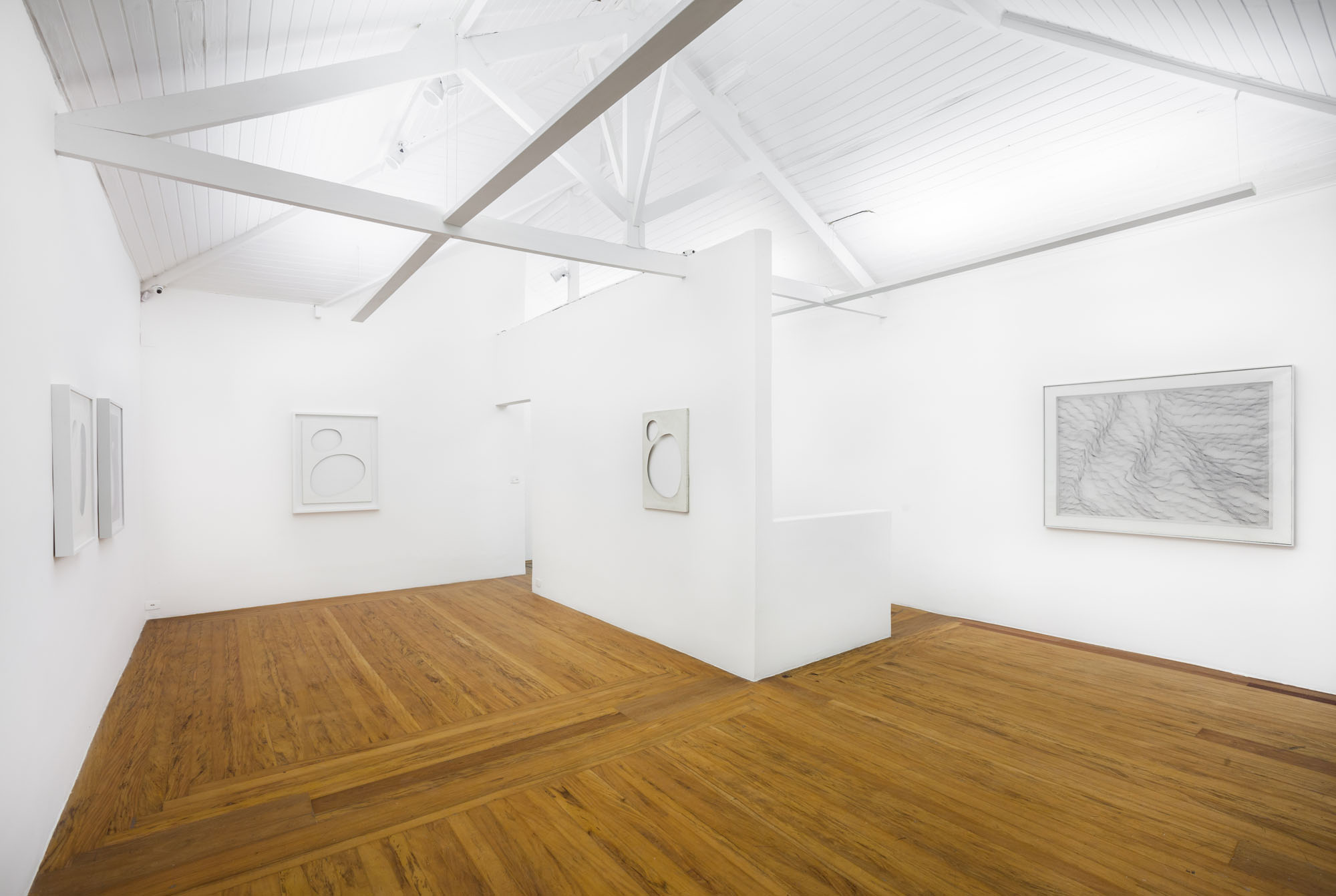 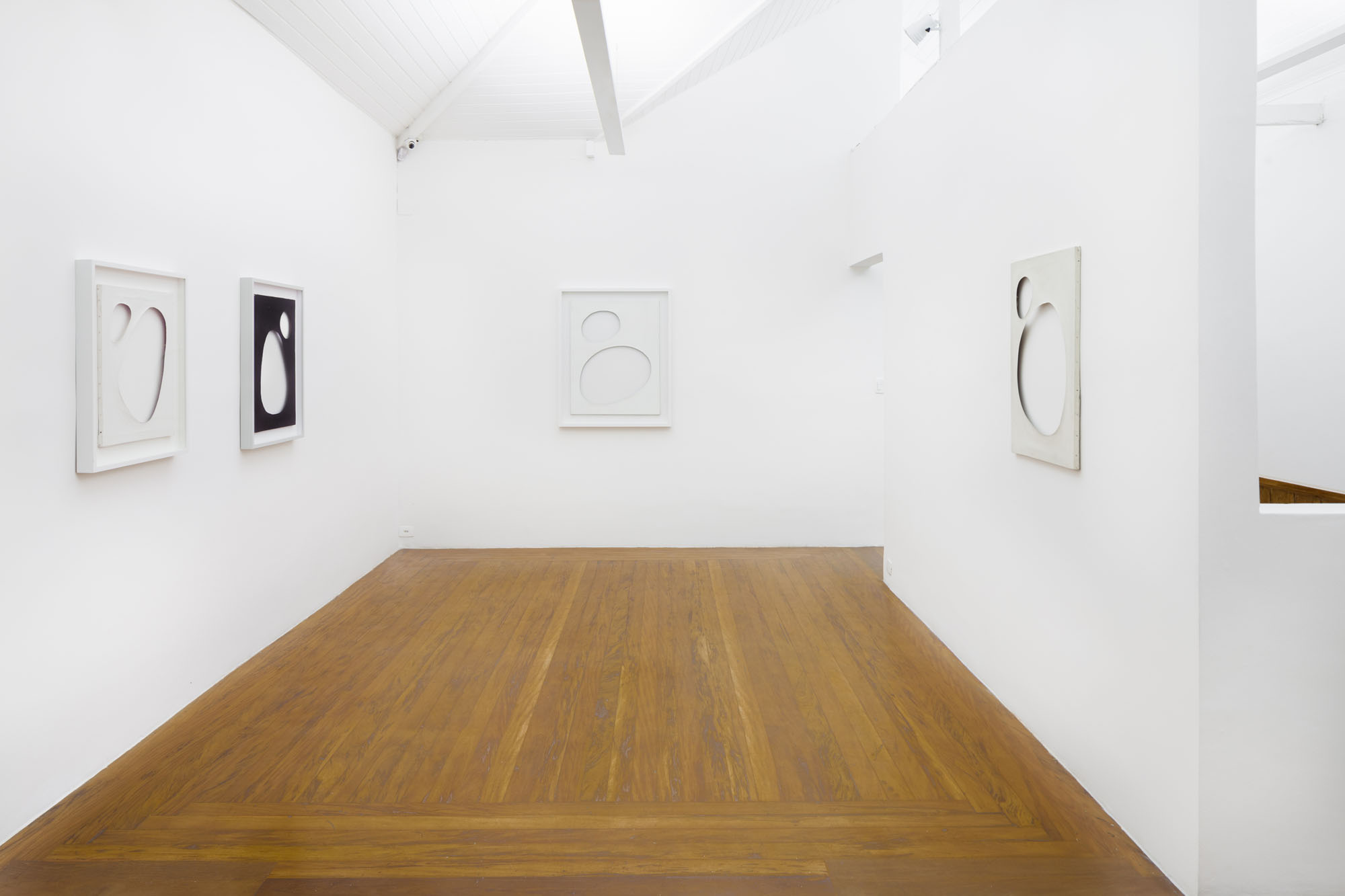 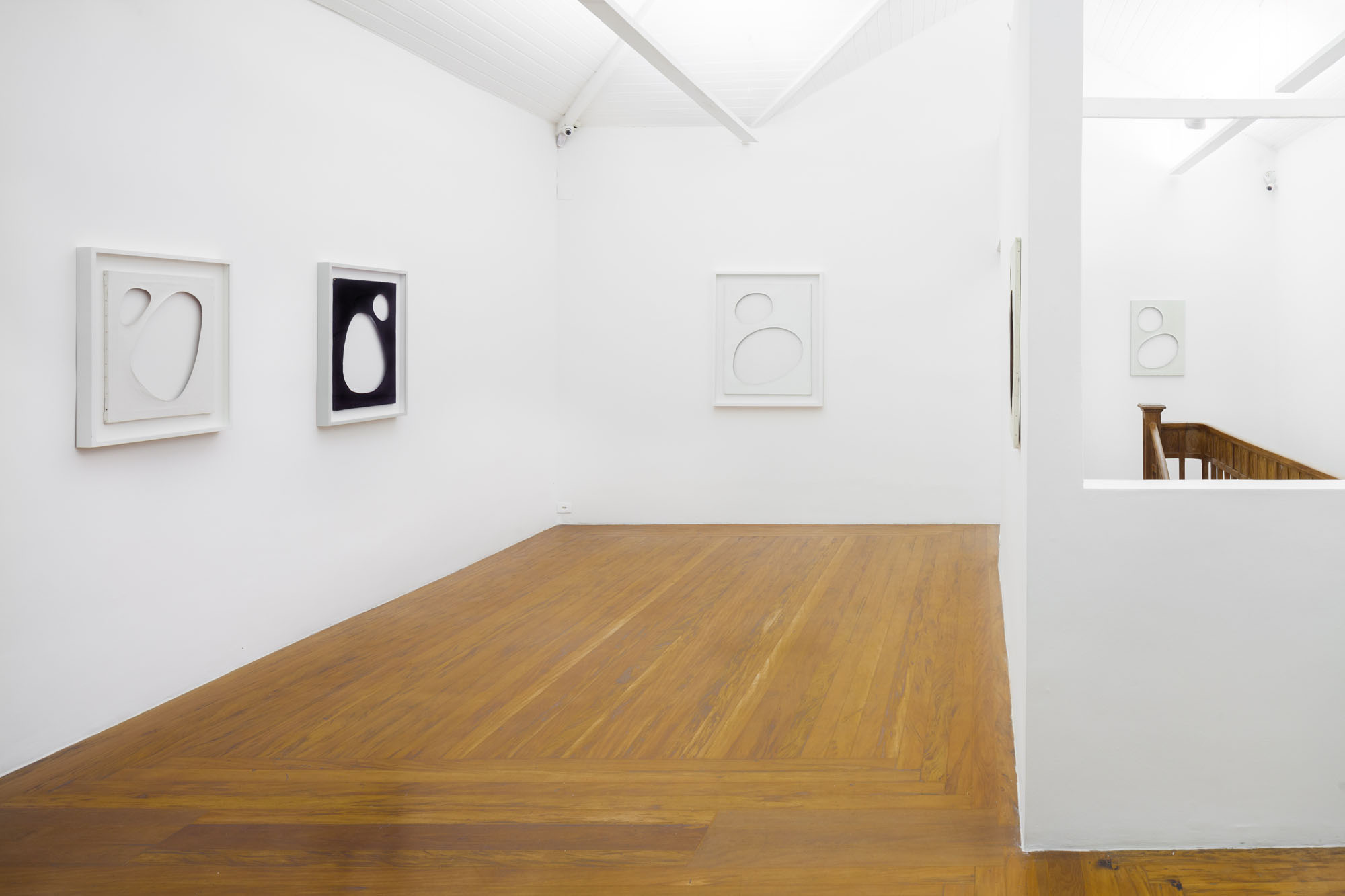 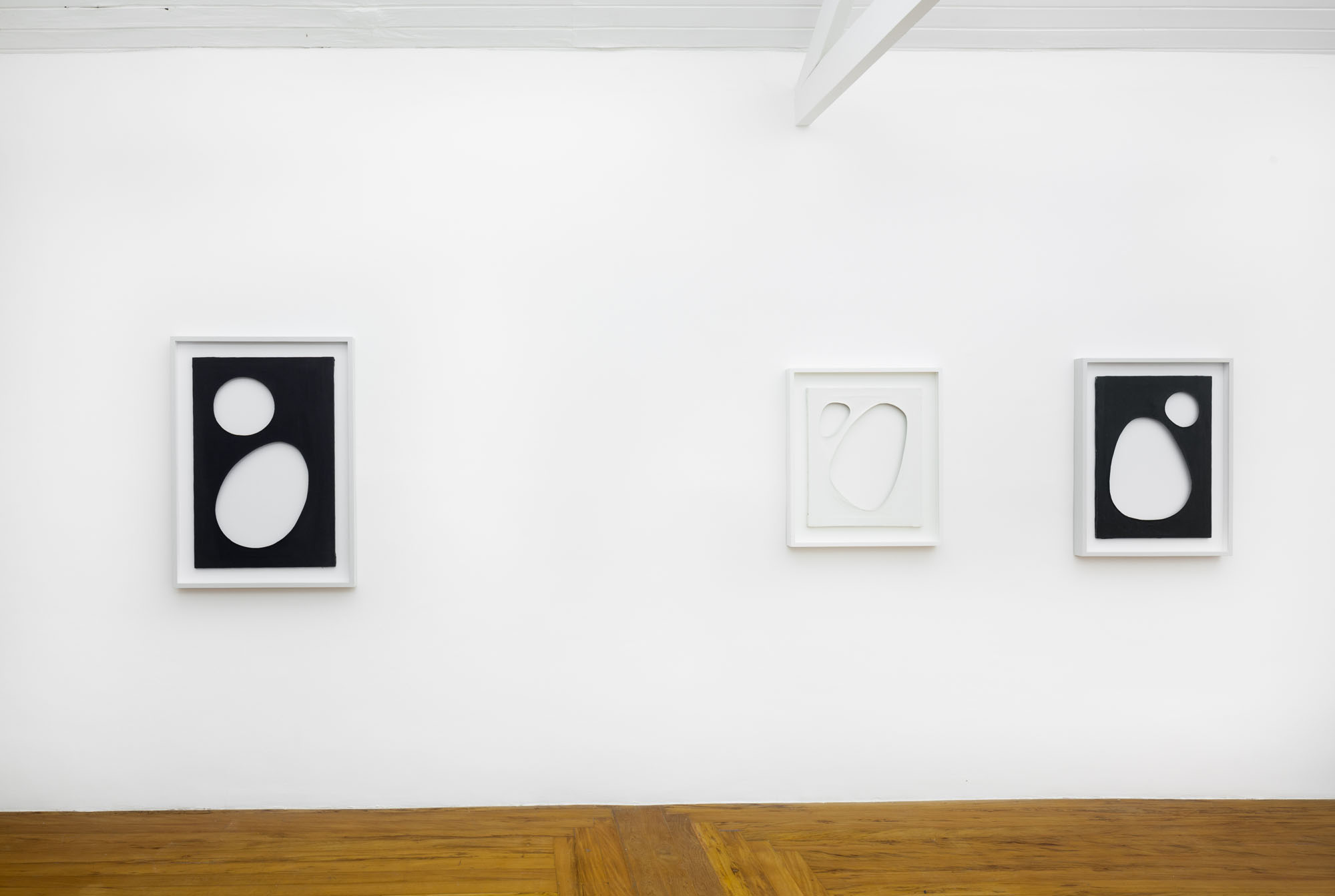 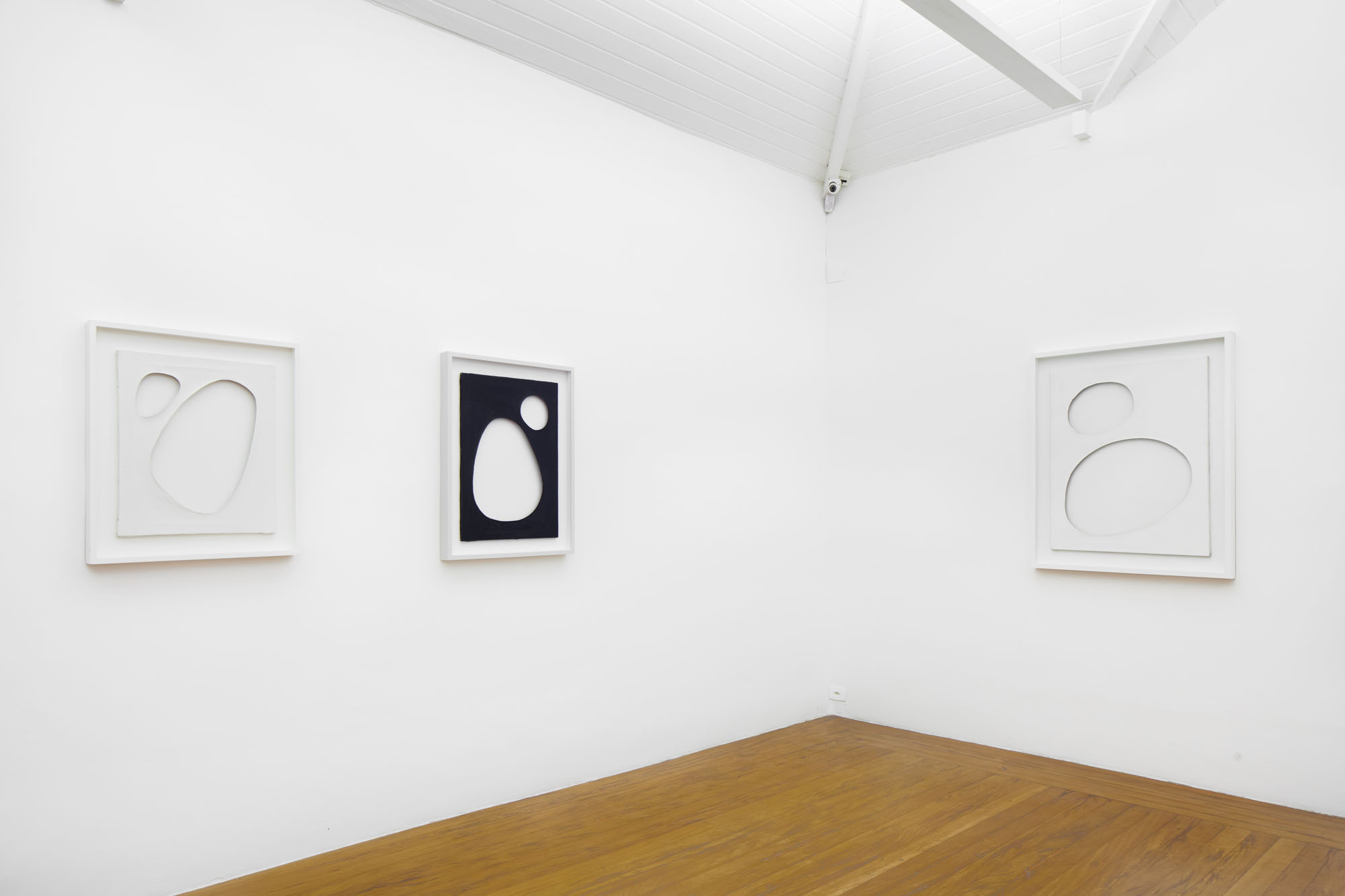 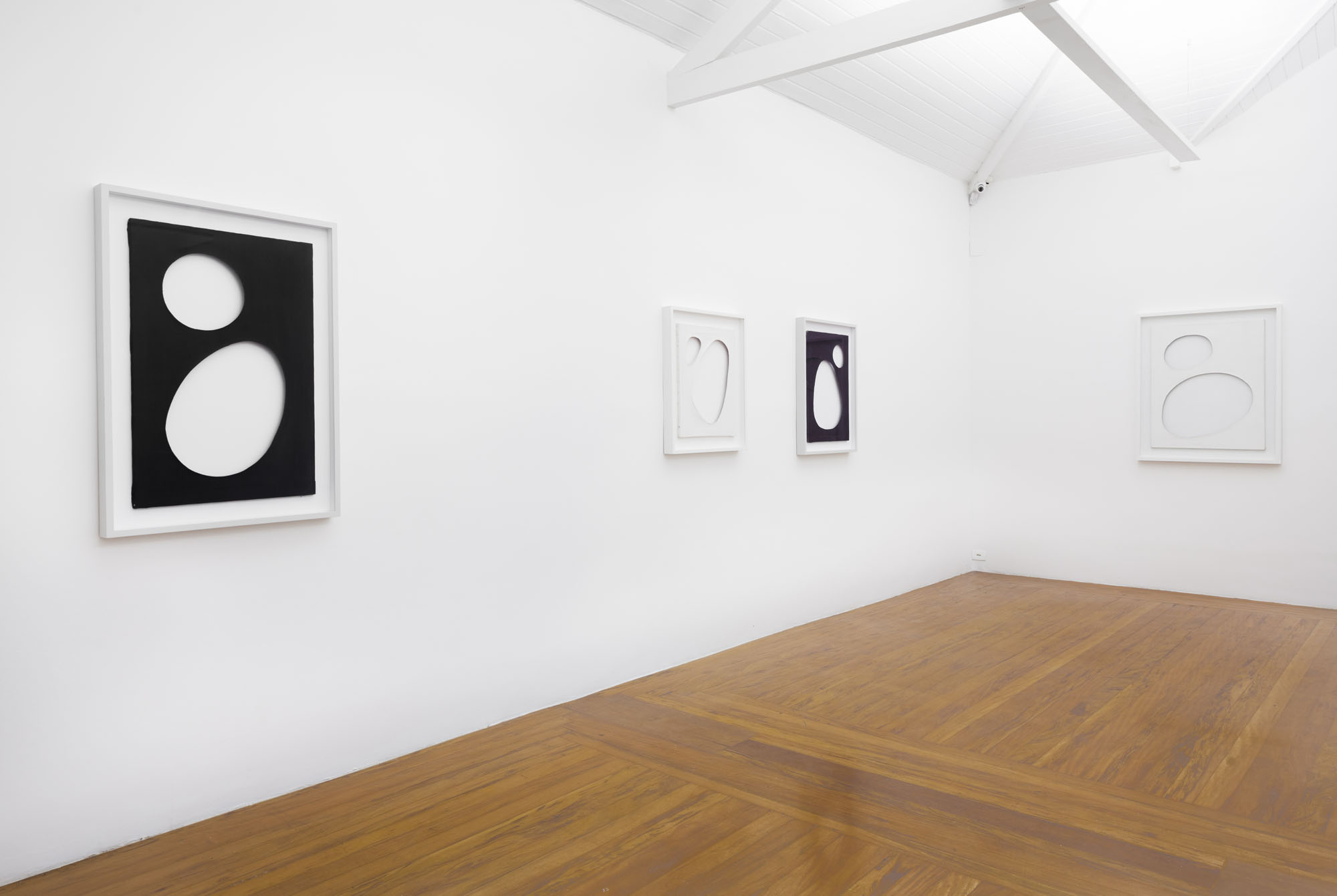 “Behind the holes [of the first Volumi] I saw a wall full of vibrating lights and shadows; art had been static until then, we had to make sure that art would become dynamic again.” – Dadamaino

As one of the few women active in the artistic scene of her time, Dadamaino became a powerful voice in the context of social and cultural transformations and established a direct dialogue with the major post-war art circles in Europe, such as Zero in Dusseldorf and Azimut in Milan. This exhibition presents artworks produced between 1958 and 1960, from the series Volumi. These are monochromatic canvas with elliptic holes. With a radical yet delicate approach, Dadamaino breaks with traditional easel painting. The canvas is no longer the support but the central axis of the work of art, asserting her decisive drive to the study of spatiality.

At a certain point in her career, her research became focused on the void and what surrounds the blank space. Her study on the materiality of the invisible is fundamental in this series, which came to light at the end of the 1950s, a time when Dadamaino withdrew from the academy of arts due to her incompatibility with Italian traditionalism. After this, Edoarda Emilia Maino, embarked on her search for the immaterial.

Her gesture, which is deliberately restricted to cutting, produces a resonating void, revoking the same relation between sound and vacuum, and exists between the paint and the lack of space to be filled. She challenges the relationship between materials and perceptions, as opposed to expression or intervention. The space is, at the same time, both intact and compromised, on a tenuous line between doing and not doing.

The process of cutting the canvas could imply violence; however, the resulting composition is characterised by an extreme harmony: a dialogue between a monochromatic surface and its rupture. Her work carries a formal purity, taking painting back to its essential. The apparent simplicity is counteracted by an in-depth investigation of shadow and dimensionality. Whilst she added aggressiveness to the movement of traditional painting, Dadamaino was not trying to represent destruction, let alone the reduction of painting. Contrarily, she was projecting an eloquent visual argument aimed at the radical expansion of the medium.

Things that are not seen become eternal as they do not depend on materialist conventions. Dadamaino’s formalism goes beyond the idea of distance. Her departure point is a journey in perspective, volume and contemplation that extrapolates the field of image. Not a second is ignored.

Dadamaino reinforces the idea of a space interrupted by the void, the lack, and the existence of nothing but the possibility of breaking with space-time. This idea is astutely evidenced in Il movimento delle cose, a series of works produced in the 1990s. This exhibition displays a painting on polyester from this series. The tri-dimensionality of this piece produces melancholy as it proposes a static moment when the physical structures become independent from time.

A collaboration with Mendes Wood DM.